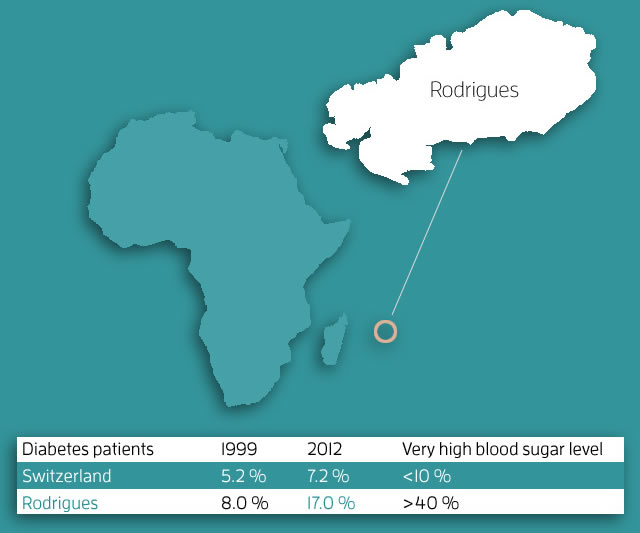 Since 2002 Rodrigues is autonomous from the main island Mauritius. Medical infrastructure is limited. The percentage of people suffering from diabetes is more than twice as high as in Switzerland and blood pressure levels are amongst the world’s highest ever measured! The causes of this critical health situation lie in the genetically predisposed population’s acceptance of a Western European lifestyle as well as in their lack of understanding of diabetes and its complications.

The Swiss Diabetes Charity Organisation for the Island Rodrigues
info@hilfswerk-rodrigues.ch